Chat with us, powered by LiveChat

It is not uncommon for people to make sure that they maintain their cars and chimneys. However, expert dryer duct cleaning is something that some people are just not concerned about when in actual fact it is a safety precaution that people are advised to take seriously. The reason for this new safety measure is not necessarily because the dryer vents that are being produced these days are more dangerous when compared to the older versions. It is simply because researchers have conducted more research on the typical causes of home fires. According to the Consumer Product Safety Commission, 7,000 house fires that were experienced between 2006 and 2008 could have been caused by clothes dryers.

To add on to that, the position of dryers in houses has changed in recent years. In the past, these machines where installed along the exterior walls. But these days, you will find that they are mostly installed in the middle of the house, lengthening the ductwork. This also means that lint build-up is also increased, and lint and heat is forced to move farther in order to get outside your home. Homeowners also find it harder to clean their dryer ducts. Newer home owners are therefore advised to have their dryer ducts cleaned by a professional. 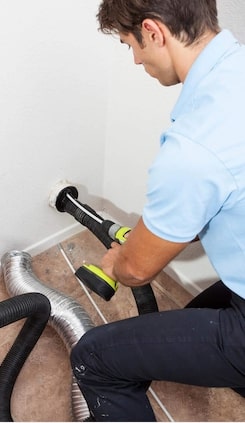 With time, lint can choke the dryer ducts, and lint is very flammable. How much lint collects in the ducts depends on the angle, length and number of curves in the vent. When lint builds up, it hinders the dryer from exhausting hot air, affecting the efficiency of the dryer. A dryer system that has poor venting can even leak hazardous carbon monoxide back into the house. Carbon monoxide is known to be the cause of several health issues, and it can be fatal.

That is why many dryer producers recommend their customers to have their dryer vents professionally cleaned annually. There are certain steps that you can take to prevent the build-up of lint, including cleaning the dryer vent after every load, using a vacuum to frequently clean behind as well as around the dryer and making use of a hose attachment to empty out the lint inside the duct. However, even if you do as much as you can to remove the lint, only a certified dryer vent technician will be able to do a thorough job because of the expert tools and expertise they have.

On the Spot - Reliable Home Services

Why it's important to clean your dryer vents

What some homeowners might not be aware of is that apart from making sure that they empty the lint trap on the dryer, they are also supposed to clean the duct from the dryer to the exterior of the house frequently. Some of the lint and debris is not trapped by the screen and over time it can clog the vent. This affects the functioning of the dryer, and in some cases can be a potential fire hazard.

We make use of high-pressure air tools to pull the lint that will have built-up in the dryer vent and remove all the obstructions. We also make sure that we clean the lint which will be on the sides of the duct. Ideally, the dryer vent must be professionally cleaned every 6 to 12 months. We also advise homeowners to check the dryer vent to see if there are any blockage issues every couple of months.

To get more information on dryer vent cleaning, kindly contact our office.

Frequent Maintenance for your Dryer Vent

It is important to have the dryer vent cleaned professionally every 6 to 12 months. How often it is cleaned will depend on how frequently you use it. You should also do the following between cleanings: 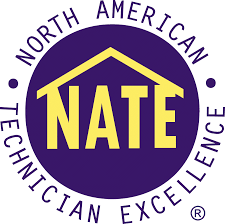